Interest in the heavens is almost as old as humanity itself – with maps of the stars existing long before maps of the Earth. Originally astronomy and astrology were closely linked as the sky was believed to house many of the gods who influenced life on Earth.

The Nabta Playa stone circle in Upper Egypt, dating from 5,000 BCE, shows the importance of astronomy in the religious life of prehistoric Egyptians. Astronomy was also used in agriculture since observing the stars helped predict the annual flooding of the Nile. 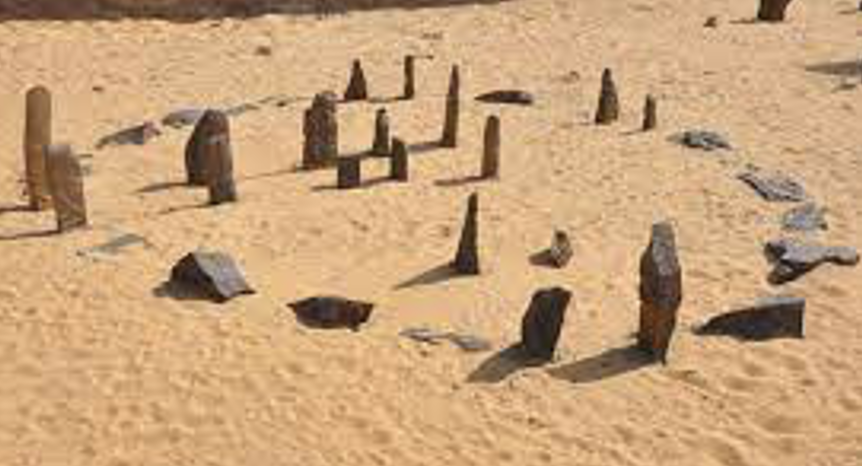 Around the same time, the Ancient Sumerians identified and named prominent constellations, along with five ‘wandering stars’ which came to be known as planets (Greek for ‘wanderers’). 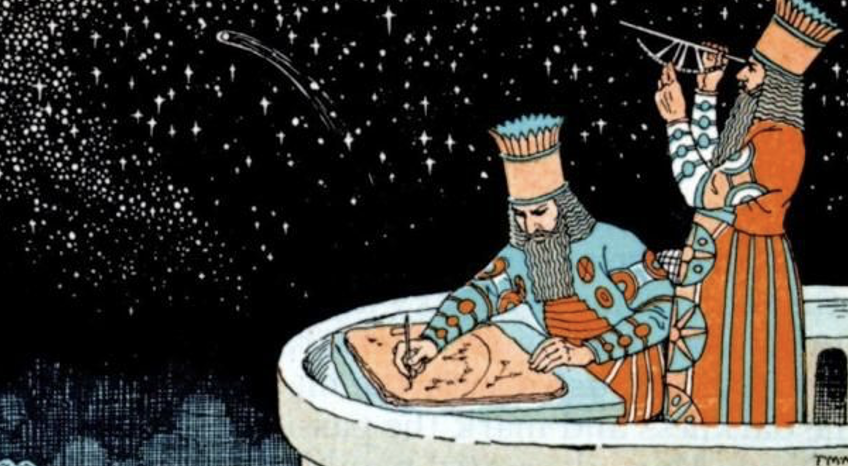 The Babylonians were the first great astrologers

However, the first integrated theory of astrology arose around 1,800 BCE, when the Babylonians chose 12 constellations to represent equal divisions of the Sun’s annual journey across the heavens and identified them with the names of animals. This cycle was later called the ‘zodiac’ from the Greek zodiakos kyklos meaning ‘animal circle’.

Over the next Millennium, advances were made in other parts of the world. From 1,000 BCE, India developed its own version of astrology (the Vedic system) and in the 5th Century BCE, during the Zhan Guo period, the 12 animals of the Chinese zodiac appeared. In 525 BCE, Persia conquered Egypt bringing Mesopotamian influence to native Egyptian astrology.

Many of these ideas were brought together in 330 BCE following Alexander the Great’s conquest of Babylon and Egypt. The Greeks subsequently used their knowledge of geometry and mathematics to advance scholarship of astrology and astronomy.

In 140 CE, Egyptian astrologer Claudius Ptolemy (now under Hellenistic rule and influence), published Tetrabiblos, one of the most revered astrological books ever written. It established the foundations of Western astrology and contained all off the core astrological techniques still used today – planets, signs, houses and aspects. 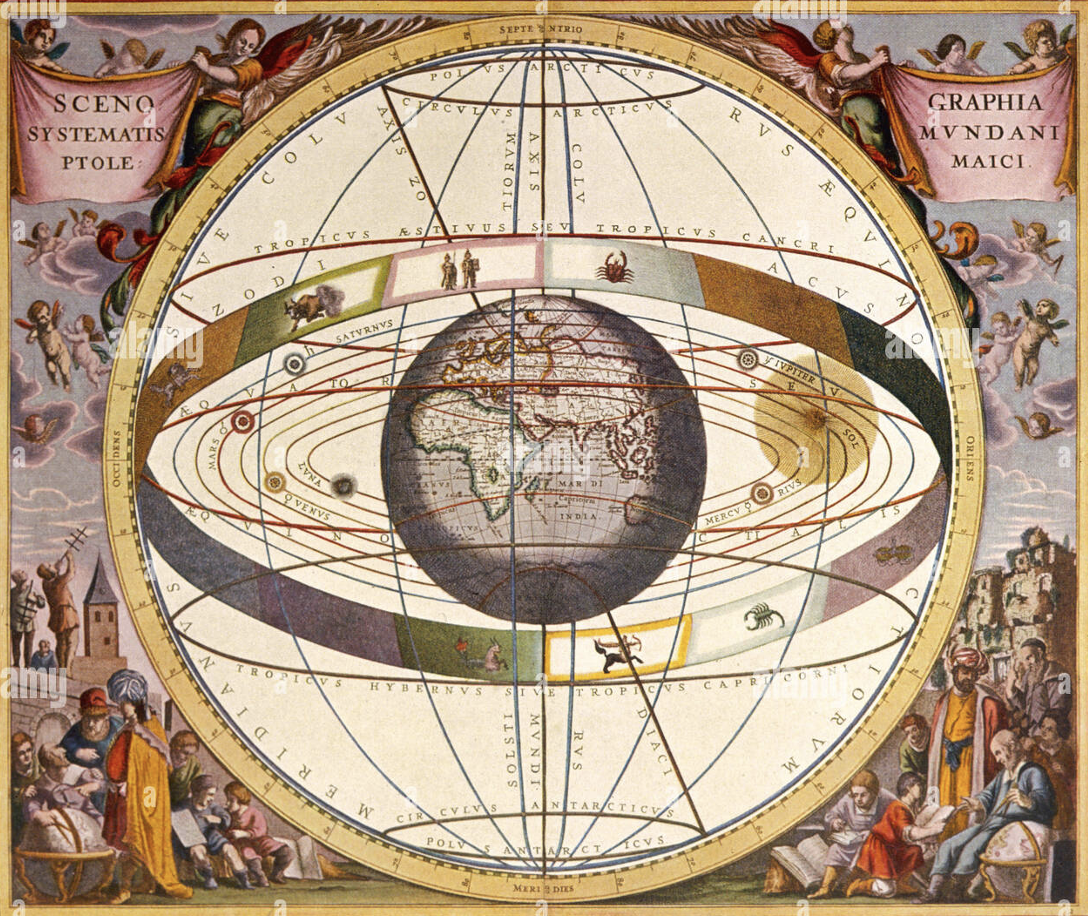 Ptolemy’s system with Earth at the centre

As with many things, the Greeks played a critical role in transferring astrological theory to Rome and the Middle East. When the Western Roman Empire fell in 476 CE, Western astrology all but disappeared but Byzantium (the Eastern Roman Empire) survived and continued to develop Greek astrology.

THE GOLDEN AGE OF ISLAM

In the ensuing Middle Ages, Europe was plunged into economic, intellectual and cultural decline (the ‘Dark Ages’) but Islam entered its ‘Golden Age’. Under the Abbasid Empire (750-1258 CE), great advances were made in a range of fields from mathematics and astronomy to medicine and chemistry. A ‘House of Wisdom’ (Bayt al-Ḥikmah) or Grand Library was established in Baghdad where Islamic scholars and polymaths from different parts of the globe gathered to translate all of the world’s known classical knowledge into Syriac and Arabic. The House of Wisdom also included the first Islamic astronomical observatory. 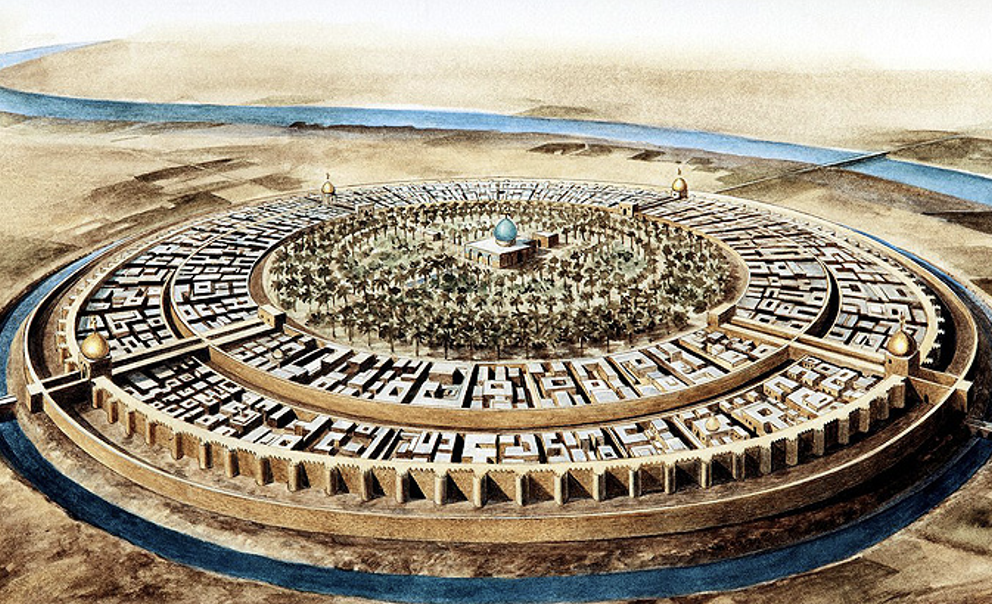 The round city of Baghdad in the 10th Century at the time of the House of Wisdom, by Jean Soutif 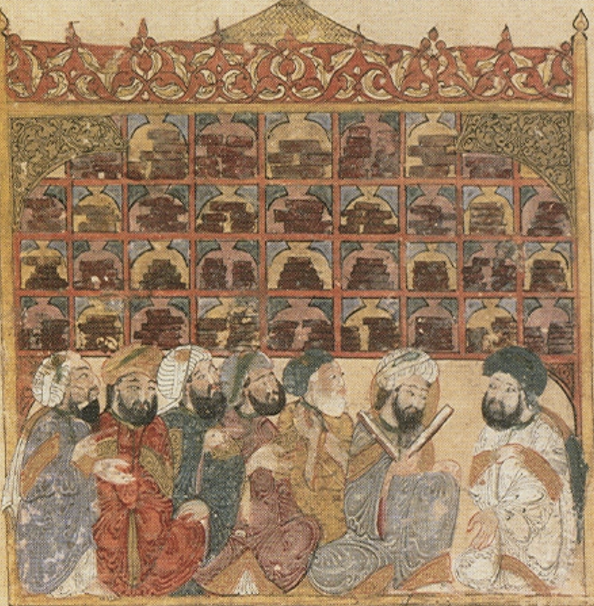 Everything changed again in 1543, when Copernicus advanced the theory that the Earth orbits the Sun, shattering the geocentric worldview that astrology requires. As the church gained power, belief in astrology further declined and was even investigated as heresy during the Inquisition. Galileo had to renounce his beliefs in astrology in order to save his own life.

The prevailing themes of faith and authority were finally swept aside by The Enlightenment in the 17th and 18th Centuries when science and reason become the guiding lights for mankind’s development. Astronomy and astrology became separate disciplines – the former highly esteemed and the latter demoted to the rank of pseudoscience.

However, in 1852 spiritualism arrived in England from America and a fascination with the paranormal – shared by the likes of Queen Victoria, Elizabeth Barrett Browning and Arthur Conan Doyle – rekindled interest in astrology. By the 20th Century, it was thriving again in most parts of the world. 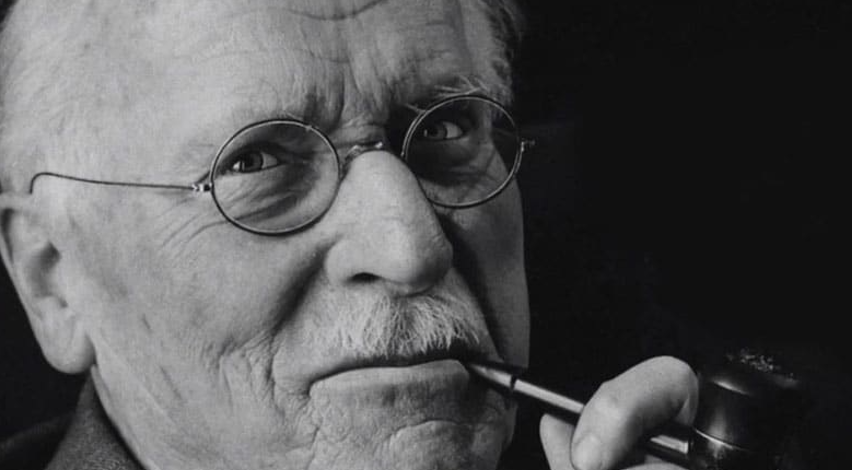 Swiss psychologist Carl Jung spent much of his life investigating spiritual matters such as astrology, alchemy and occultism. He pioneered the use of astrology in analysis to help merge the unconscious and conscious psyche and achieve wholeness or what he called ‘individuation’.

By the 1920s, newspapers and magazines were publishing Sun-sign based horoscopes, but as these only produced 12 predictions for the whole population, they were seen as mere entertainment. Later in the 20th century, computers made it faster and easier to cast full Natal Charts with more detailed and accurate information.

Most recently, the new Millennium has brought increasing upheaval and uncertainty in the world, along with a growing mistrust of the church, government, judiciary and other social institutions. As a result, many people have looked inwards to find to answers to life’s challenges and astrology (as well other spiritual practices like Reiki, Meditation, Tarot and Numerology) has re-entered modern dialogue. Today, astrology is profoundly affecting human consciousness and millions of people around the world are using it to find purpose and meaning in their lives.